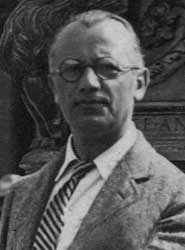 Debonair, smooth talking ladies man, Edward Titus was of American/Polish origin who arrived in Australia as a journalist. He met up with Helena in Melbourne soon after she opened her salon in 1900. It would appear from the outset that Titus was enamored with Helena. They were to marry in 1907 but it was doomed from the start.

With Helena totally committed to her business, Titus took to having many affairs. The marriage hit the rocks in 1928 when Helena finally divorced him for adultery and left him without a penny, even though he had been responsible for the marketing success of the company.

In later life he became a renowned publisher and re-married a Swiss heiress.